Chronic back pain is defined as pain that lasts more than three months. Notoriously it is difficult to treat. Not surprisingly, it drives many sufferers to turn to alternative and complementary therapies in search of relief. The Spine study is the second of two randomized trials to test Iyengar yoga.

90 adults participated in a year-long trial comparing the effects of Iyengar yoga therapy with those of standard medical care.
Participants ranged in age from 23 to 66, and all were suffering chronic low back pain.
About half of them were assigned to 24 weeks of a twice-weekly, 90-minute regimen approved by B.K.S. Iyengar and taught by a certified Iyengar yoga instructor and two assistants with experience in teaching yoga therapy to people with chronic low back pain. On days when they didn’t have a yoga class, they were instructed to practice at home for 30 minutes using a DVD, props, and an instruction manual.
The rest of the participants (the control group) continued with usual medical care and were followed with monthly telephone calls to gather information about their medications or other therapies.

All subjects reported on functional disability, pain intensity, depression, and medication use at the start of the study, midway through (12 weeks), immediately afterward (24 weeks), and at a follow-up six months later.

Compared with the control group, the Iyengar group experienced a 29% reduction in functional disability, a 42% reduction in pain, and a 46% reduction in depressive symptoms at 24 weeks. There was also a greater trend toward lower medication use in the yoga group. There were no reports of adverse effects.

Six months after the trial ended, 68% of the yoga group was still practicing yoga — on average, three days a week for at least 30 minutes. Their levels of functional disability, pain, and depression had increased slightly but were still lower than those of the control group.

A small number of participants, as well as reliance on the participants’ own reports of symptoms and disability. Also, the control group, on average, had been suffering back pain longer than the yoga group. Still, the results are consistent with findings from other studies of yoga for low back pain. 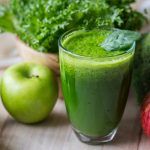 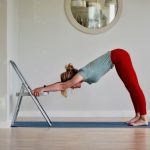