Fasting for 72 Hours Can Reboot The Entire Immune System

Anybody can cook, even if it’s only a fried egg – but not just anyone has the discipline to fast. This ancient practice of abstaining from eating for a day, or sometimes even a week or more has a history of curing a whole host of health problems, but even a brief fast can completely re-boot your immune system.

This practice isn’t without criticism by modern nutritionists and unbelievers, but research implies that when the body is hungry in short spurts, it can kick-start stem cells into producing new white blood cells.

White blood cells, also known as leukocytes, are the cells which the immune system uses to fight against foreign invaders like viruses and bad bacteria.

Scientists at the University of Southern California found that fasting could be particularly beneficial for people suffering from damaged immune systems, such as cancer patients on chemotherapy, or people with auto-immune disorders.

Valter Longo has conducted a body of scientific research about fasting which is absolutely astounding, as well.

He published a fascinating paper in the Journal of Cell Biology based on work he did on yeast cells.  The results were considered so unlikely he almost didn’t get his paper published.  What Longo discovered was that when he starved a colony of yeast cells, about 95% of the cells would commit suicide, using the controlled death mechanism of apoptosis. They would disassemble their proteins, dissolve the cell membranes, and turn themselves into food for the remaining 5%.

Longo’s work suggests that if the fasting body is able to rejuvenate and multiply the bone marrow cells that are responsible for blood and immunity (hematopoietic stem cells), then it is obvious that the body could do this as well or better when it has plenty to eat.

Moreover, in Ayurvedic and Traditional Chinese Medicine, it is understood that our body’s metabolism and digestion are often under strain form the foods we put into our bodies on a daily basis.

For Buddhist monks in the Theravada tradition, all eating is confined to the morning hours, implying a daily fast of 16 hours, since they don’t consume food just before bed or while sleeping. The idea is that the body has plenty of time to process the food we put into it.

Sikhs often abstain from eating to heal the body and as a spiritual practice of rejuvenation.

We eat when we are stressed. We eat on the run, and we eat things that we know the body doesn’t really want. Other times we skip meals, causing a drop in our blood-glucose levels, or we eat bad food combinations. Our poor digestive system has barely had a chance to fully digest the last meal we’ve eaten before we put the next one in!

What Fast is Right for You?

There are few choices if you want to reboot your whole immune system with a brief fast.

Selective fasting means that you abstain from only certain foods or for certain hours of the day.

In this fasting diet, you consume only water for a specified duration. It not only helps you to feel full, but also helps to cleanse toxins form the entire digestive tract as you abstain from food.

This might be one of the more difficult fasts to complete, because you are consuming zero calories, but it has hailed as a cure-all for chronic pain, arthritis, migraines, and more.

Intermittent fasting is often confused with dieting, but it more closely resembles making a conscious decision to skip certain meals. You fast and then feast on purpose, (consuming only healthy foods). Intermittent fasting means that you eat your calories during a specific window of the day, and choosing not to eat food during the rest. This is similar to what the Theravada Monks practice.

Working Out on an Empty Stomach

You can also do a half-day fast and add a moderate workout. This combination of fasting and exercise maximizes the impact of cellular functions which break down fat and free up glycogen for energy-use. It forces your body to burn fat without eating up muscle. A word of caution, though. You might not have as much energy to do a hard-core workout as when you have eaten.

Caveat: fasting can be harmful. If you have any serious health conditions, and you’re seriously thinking of trying this, you should consult your doctor first. 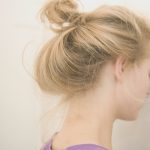 How Yoga changes your Brain 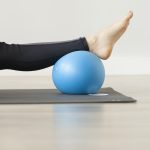 How Pilates Can Strengthen Your Yoga Practice